NBT Burgas Through the Eyes of Our Volunteers 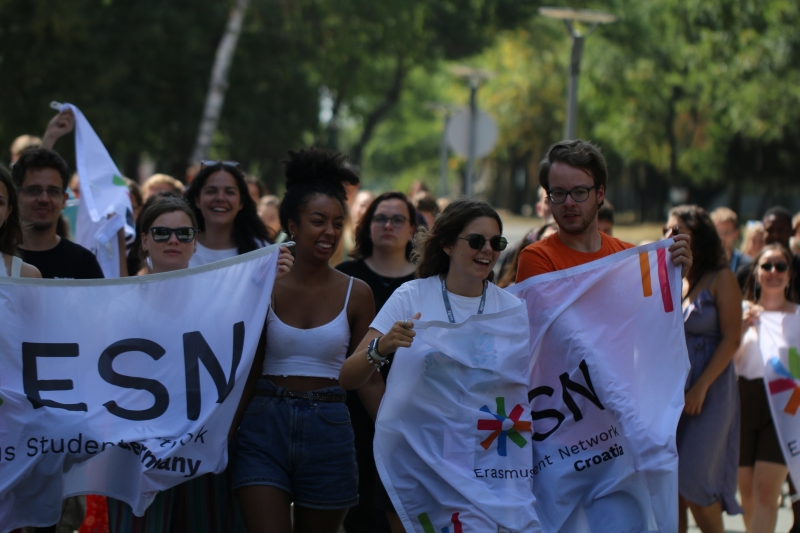 I would say that the expectations I had for the event and the reality were really similar to each other. I expected to meet many new people, improve some of my soft skills through the different workshops and make some good memories. And those are the things that exactly happened during the NBT Burgas. I got really motivated by the whole experience. All the people I met there, all the ideas we discussed and all the good practices I’ve learnt will be so valuable for my further ESN and non-ESN development. Thanks to the workshops, I have more clarity for dealing with different problems and issues, and negotiating with stakeholders of the organisation and not only. I enjoyed so many things during these four days so it’s difficult to pick just one. Perhaps, the most memorable moment for me will be being a guide on the city tour, since it was the first thing I did and meeting so many people at once left me with a great feeling!

I expected NBT Burgas to be one very colourful event that would give me the chance to meet new people and learn more. And it was exactly like that. I am happy that I got the chance to be a volunteer at the event, I got to participate in the organisation and help as much as I could. It's always nice for me to see how things work from the inside. As an active member on a local level, it was also a great chance to meet people from the national level in different ESN countries. I enjoyed the most the international atmosphere where I could see people from so many nationalities having fun, solving problems together and exchanging experiences and ideas.

I haven’t really to such a big ESN event until this one, so I was seeing NBT Burgas as one big opportunity to become more involved in the ESN family and activities, to meet more ESNers from different countries and to learn more new things which I can use in the future. As a result, I felt more engaged in the network, I spent a lot of time with people from the local sections of ESN Bulgaria and had fun together. I found out that I became more enthusiastic about international ESN events and also now I have a more clear vision of how big and wide is our network. Moreover, now I feel more aware of the opportunities which I can take advantage of for mobilities, etc. The most enjoyable moment for me was when we were doing every single thing together. We were trying to solve every issue which occurred during the event, we were taking care of all the participants around and mostly we were like one big family. This is how I understand the meaning behind “United in diversity”.